You are here: Home / Healthy and Happy / Cracking the Longevity Code: Blood is Key
Shares 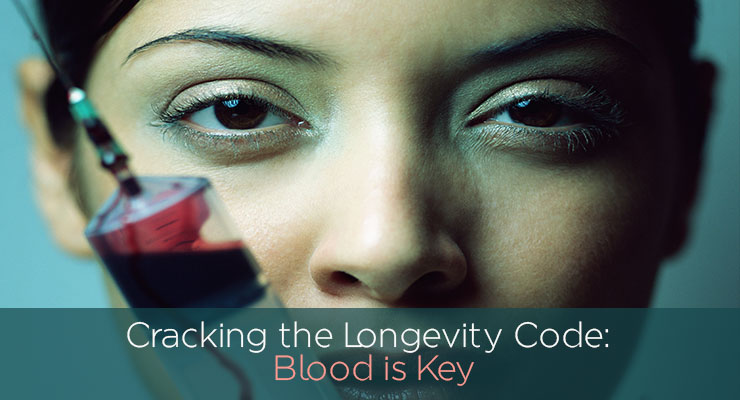 Today, we’re living longer than ever.  Advances in nutrition, education, sanitation, medicine and of course, technology have increased the life expectancy of today’s newborns in developed countries to 81 years—far beyond the meager 50 years that humans born in 1900 were expected to reach. If you’re partial to statistics, that’s a whopping increase of more than 60% (figure 1) (PMID12004104).

Before the middle of the 20-century, a majority of the life expectancy increase was due to the large reductions in death rates at younger ages. In the second half of the 20th century, improvements in survival after retirement at age 65 prompted the rise in life expectancy. 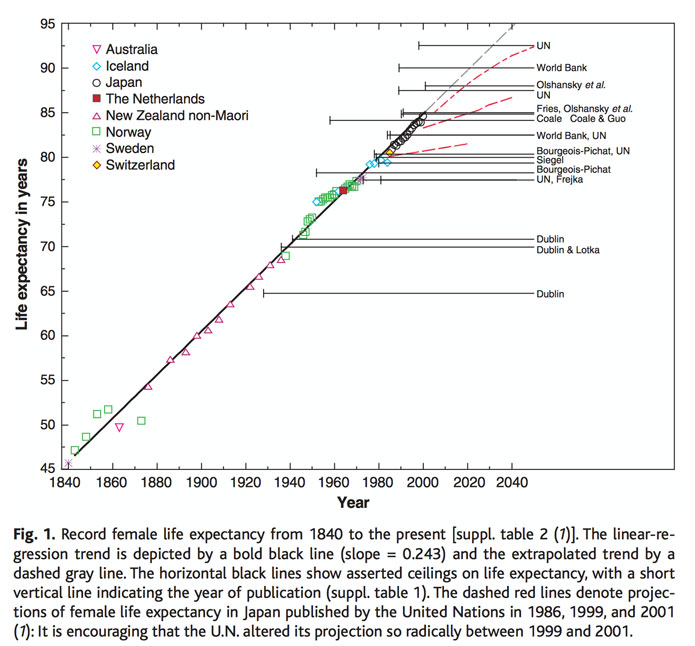 My Quest for Longevity

My own scientific journey started at the age of 12, when one of my close relatives passed away, triggering my thirst and quest for knowledge of how our body ages. While I knew I couldn’t stop the clock, I wanted to at least slow it down and give people the knowledge required to delay the aging process and improve their health and quality of life as a result. I decided to commit my life to science, and aging research in particular.

I graduated from the Weizmann Institute of Science with a PhD in the biology of aging, and later became a postdoctoral scholar at MIT in Lenny Guarente’s Laboratory for the Science of Aging. I wanted to do more than study methods on how to slow the aging process; I wanted to decisively apply scientific knowledge and help everyone live life to its fullest potential. In 2009, I founded my company, InsideTracker. InsideTracker would offer objective, rich, scientific data to individuals in order to support truly customized decision making when it came to health. Our talented team of scientists developed a new, one-of-a-kind science-based platform that could make the future of personalized health analytics happen now.

The quest for increased longevity is a constant one. To achieve what has never before been achieved, we needed to look ahead to the next frontier: Personalization. To better understand how “personalization” can contribute to increasing human lifespans, let’s take a look at an area you might not immediately associate with the human body—the automotive industry.

A Dashboard for Your Body

In order to keep your car running well and to extend its life, you take it to your mechanic every 5,000 miles or so. With the assistance of computer diagnostics, your mechanic checks the engine, brakes, and other systems. The diagnostics software tells your mechanic which parts need to be fixed or replaced. After maintenance, the car should run pretty well until the next scheduled check-up. But, if you skip the regular oil change, the oil will become thick and dirty, and eventually the engine will seize. Research of the car industry showed that since adding the scheduled oil change in the 1980 the average lifespan of the car increased substantially.

Doesn’t your body deserve the same care, a schedule of regular diagnostics and preventative maintenance? It’s much easier to take care of yourself when the issues are relatively small, rather than to wait until you’ve gained an extra 20 pounds or are ridden with a serious disease. You need what your car needs: a dashboard and a suite of computer diagnostics.

That’s exactly what we have developed at InsideTracker. The InsideTracker platform provides you with a unique window into your body, revealing biochemical issues that are affecting your overall well-being and performance.

How does InsideTracker see inside your body? With a small blood sample, we are able to measure key biomarkers—critical vitamins, minerals and nutrients that affect wellness and performance. Like a mechanic, InsideTracker finds problems, and then, using a highly sophisticated Artificial Intelligence (AI) algorithm, recommends simple changes in nutrition, lifestyle, exercise, and supplementation to help you keep your body running in peak condition for another 5,000 miles…entirely customized for your body’s specific needs at that specific point in time.

After studying the science of aging for the last 20 years, I concluded that people can not only live longer but also have a higher quality of life using simple, natural and tangible interventions. InnerAge is an age score calculated using our proprietary algorithm based on your personal biomarker test results, and it’s much more than just a cold calculation: it is a universal score that is critical for everyone looking to achieve his or her individualized health and fitness goals.

InnerAge is based on five key biomarkers strongly connected to longevity, based on peer-reviewed scientific publications. Those biomarkers are:

Using these five biomarkers values, we can calculate your biological age, or InnerAge, compare it to your chronological age, and help you to optimize it using simple interventions.

My own first InnerAge test was done in January 2014 when I was 44 years old. My InnerAge at that time was around 58. I was shocked and decided to follow InsideTracker’s recommendations: I lost weight, increased my activity and followed my Focus Foods recommendations. A few months later, in June 2015,  my InnerAge decreased to less than 40. Success! I felt like I would live forever, that I’d cracked the code and I must be immortal.

But then, when I tested again, six months later in January 2015, my InnerAge had crept back up again, increasing to around 57 years old.  I hadn’t followed my InnerAge recommendations religiously. Worse than that, my InnerAge stayed high when I retested on May 2015. Maybe I’m not immortal after all, I thought. I had biologically aged 18 years in just one year!

I took the news hard and strictly followed my new InnerAge recommendations, including the addition of garlic supplementation to optimize my Glucose levels. When I tested again in July 2015 my InnerAge reflected my diligence: I was once again younger than my chronological age. 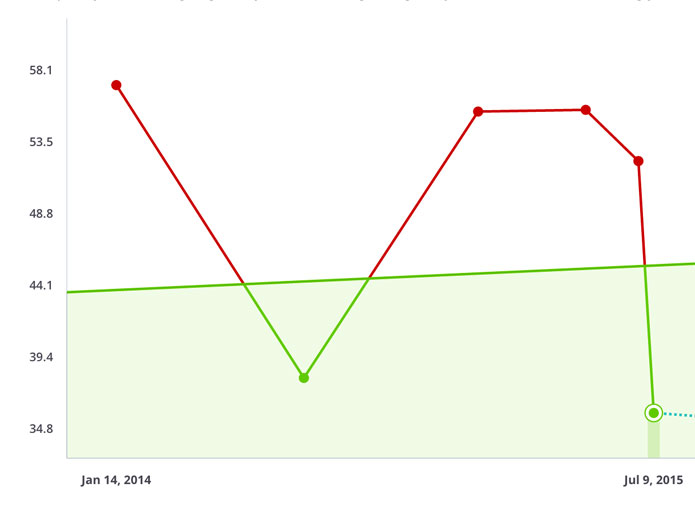 The take home message is that testing for InnerAge can help you to identify small issues related to your longevity while you are still relatively young and fix them in an effort to optimize your longevity. InnerAge is a lifetime struggle as science has not yet figured out how to crack the immortality code; there is no silver bullet. But it is absolutely a step in the right direction if living a longer, healthier life is your goal.

The Surprising Super Powers of the Banana
Fahrenheit 105 - Bikram Yoga Studio Heat Safety
Why is the Ancient Practice of Yoga More Popular than Ever?
How to Get Fit the Fit Body Boot Camp Way

Dr. Gil Blander is a renowned scientist with a PhD in biology from the Weizmann Institute of Science, who did postgraduate research on aging at MIT. An expert in nutrition, biomarker analytics, athletic performance, biochemistry, and aging research, he holds numerous patents and has published peer-reviewed articles in these areas. Dr. Blander is the founder of InsideTracker, a personalized health and performance analytics company created by leading scientists, physicians, nutritionists and exercise physiologists from MIT, Harvard and Tufts University. The InsideTracker platform tracks and analyzes key biochemical and physiological markers, then applies sophisticated algorithms and large scientific databases to determine personalized optimal zones for each marker. InsideTracker’s expert system offers science-driven nutrition and lifestyle interventions that empower people to optimize their markers. When optimized, these marker levels have been scientifically proven to increase vitality, improve athletic performance, and extend life. Dr. Blander brings more than 18 years of experience in systems biology, computational biology, aging, metabolism, and caloric restriction research to his role as Chief Science Officer. Prior to founding InsideTraker, Dr. Blander previously worked at MIT, the Weizmann Institute, and several leading Systems Biology / Computational Biology companies.