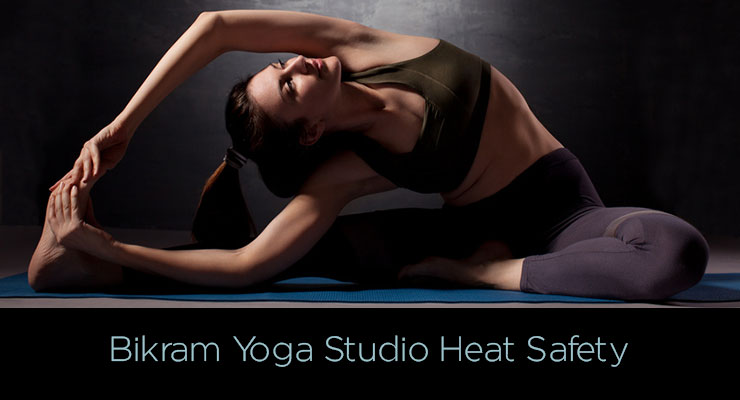 Sometimes it’s possible to have too much of a good thing. Heat in a Bikram Yoga studio comes to mind.

Bikram yoga means a lot to me. That doesn’t have anything to do with New Age “Oneness with the Universe,” whatever that means. I’m an astrophysicist, for crying out loud! My thoughts about Bikram are really kind of prosaic. My practice has helped me to feel better physically, mentally and emotionally. I practice with my wife, my daughter is an instructor, the owner of the studio is a friend, and classes are filled with familiar faces. I benefit from it, and I like the community.

There is another name for Bikram “yoga brain.” It is called “Heat Exhaustion.”

But that doesn’t mean that practice is always a good experience. If the room is too hot, instead of leaving me feeling good, I leave feeling like I’ve been hit by a truck. We Bikram practitioners joke about it. We chuckle and talk about being “yogafied” or having “yoga brain.” But we should really call it by its proper name – heat exhaustion.

For the human body to function properly, its internal temperature has to be kept within a fairly narrow range. Get much outside of that range and things start to go haywire. All the meditation in the world can’t change the chemistry going on inside your body, and brains are especially susceptible to those changes.

Body temperature is a balancing act.

To answer that question, I’m going to have to put on my physicist hat and look at a few numbers. When exercising the amount of heat that you generate depends on how much work your body has to do, and in yoga that depends on a combination of your weight and your height. Jim has twice as much mass to move around as Jane does, and every time the two carry out a motion Jim has to move that mass about 14% farther than Jane does.

Most of that energy doesn’t actually go into moving our bodies around. Most of it goes into heat, and our two yogi’s have to get rid of that heat somehow. Dogs pant to dump extra heat. On the other hand, we humans sweat! If you want to understand the difference between what Jane and Jim are going through, just look at their mats at the end of class. Yeah, Jane’s mat is wet, but it’s unlikely she could ring her towel out and fill a bucket like Jim can!

Our bodies sweat, and as that sweat evaporates, it cools us down. Jim is bigger, so he probably has about 56% more skin area to sweat with than Jane does. But he has more than 2 1/4 times as much heat that he has to get rid of! That means that every square inch of Jim’s skin has to somehow get rid of over 60% more heat than a square inch of Jane’s skin. Not only that, but since Jim is larger, all of that heat is trapped behind a layer of fat and muscle that is about a third thicker than Jane’s.

A “challenge” for one yogi can be dangerous for another.

Put all of that together and it makes a big difference in how Jim and Jane experience the yoga room. A practice that feels good to Jane can push Jim to the point that his body is no longer capable of regulating its temperature. Jane might be doing just fine, even as Jim’s brain is literally starting to cook!

There is really nothing surprising here. If Jane and Jim were out in the evening, Jane might get chilly, and Jim might give her his coat. Women shouldn’t feel bad about accepting such an offer. It’s not just chivalry. The fact is that since Jane cools off so much more effectively than Jim, Jim’s just not cold.

That proffered coat is a good way to think about what is happening in the yoga room. Roughly speaking, for Jane to know what yoga at 110° feels like to Jim, all she needs to do is practice in a room somewhere on the high side of 120° F while wearing sweat pants and a sweat shirt!

In a Bikram yoga studio, safety is up to the instructor.

I understand that every Bikram instructor wants to give everyone in class the best possible experience. Instructors are caring people. If they weren’t, they wouldn’t have gone through what it takes to become a Bikram instructor. They take pride in contributing to the wellness of their students.

But sometimes you have to take a minute and really think about just what those students are experiencing. Bikram instructors are usually good about encouraging students to look after themselves, but let’s be honest. There are lots of pressures to “just stay in the room.” And when a student’s brain gets too hot one of the very first things to go is the ability to make just those kinds of decisions. Like it or not, when you are standing up in front of a room full of Bikram students, their well being is as much your responsibility as it is theirs.

In his book, Bikram recommends that the temperature in a studio be at least 100° F for the body to be as flexible as it needs to be. On the other end, if you look at OSHA’s guidelines for employers a temperature of 105° F and 40% humidity sits on the dividing line between “Danger” and “Extreme Danger” for physical activity. That sets a very good window for a Bikram studio.

Pushing the room over 105° might add to the challenge for some, but it doesn’t really improve anybody’s practice or add to the benefits they receive. Let’s face it. Practicing in a really hot room isn’t about the union and balance of yoga; it is about ego. Jane will get the same health benefits and opportunity to meditate at 105° as she would at 110°.

On the other hand, for those of us who are more like Jim, those extra few degrees can destroy the healthy balance that we come to yoga to find. 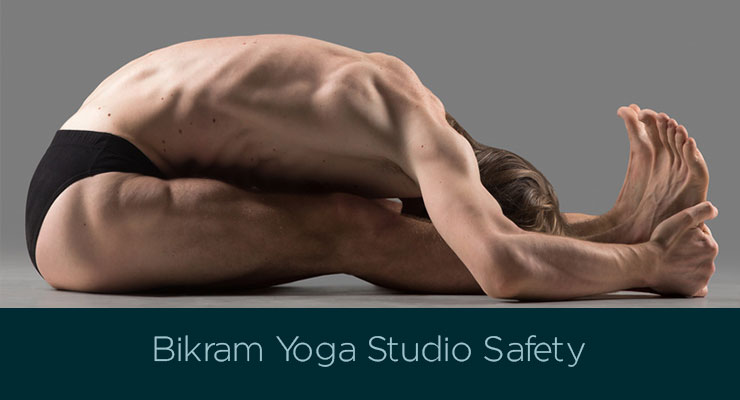 The Secret to Health and Happiness Is Right Under Your Nose
Tips to Reduce High Cortisol Levels
10 Ways Cocktail Hour Is Destroying Your Fitness Efforts
Developing Healthy Habits: A Cool Tool to Get You Healthier, One Day at a Time

Dr. Jeff Hester is an internationally known astrophysicist. A member of three Hubble Space Telescope instrument science teams, Jeff’s Hubble image, “The Pillars of Creation,” was selected by Time Magazine as among the 100 most influential photographs in history. These days Jeff works as a professional coach, keynote speaker and thought partner helping his clients find success in changing time.