You are here: Home / Healthy Eating / From Berlin to the Beach and Why Whole Foods is Heaven on Earth 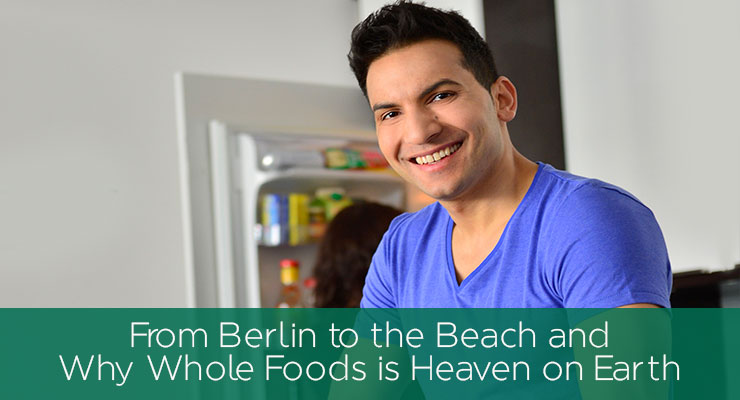 Although I have loved spending a lot of time in Los Angeles to shoot a TV pilot or touring America for media appearances, my success started in Germany which is known to be the country of brats, beer, the Oktoberfest and pork chops. If you think about it that way it is even more impressive that I’ve sold 750,000 vegan cookbooks there in the last two years. That certainly affected the German food culture. 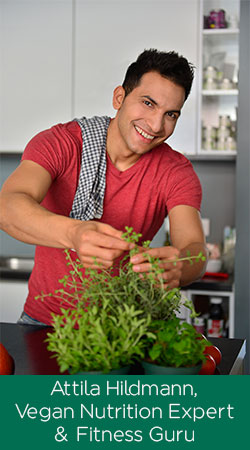 My book “Vegan for fit” was a number one Amazon bestseller and lots of Germans got inspired to try out my 30 Day Challenge to lose weight effectively without feeling hungry. It had a tremendous effect on vegan options at restaurants as many of them started to put vegan items onto the menus!

But for all of those accomplishments, I love coming to Los Angeles, my favorite city in the United States, where it is far less difficult to eat healthy, fresh and vegan. I love to shop for my groceries at Whole Foods or the local farmers market — you can certainly taste the california sun! 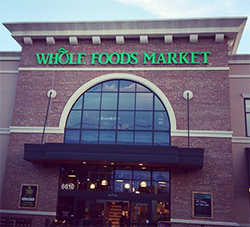 Whole Foods specifically is heaven to me. I do not take it for granted – we have nothing like it back in Berlin.

I also love to check out new vegan restaurants and hotspot like Cafe Gratitude, Gracias Madre, Seeds and so much more. Unlike Germany, Los Angeles plays host to an abundance of opportunities to get vegan milkshakes, burger, kale salads and vegan sushi! Don’t get me wrong, there are organic grocery shops in Germany, lots of them, but unlike Whole Foods, 99 percent of them do not offer a wide variety of foods and certainly not warm dishes to eat right on spot. And I love that about wholefoods. To me it feels like a Vegan paradise! There is a saying that every chef is only as good as his ingredients are and you can get quality ingredients in Los Angeles almost everywhere! 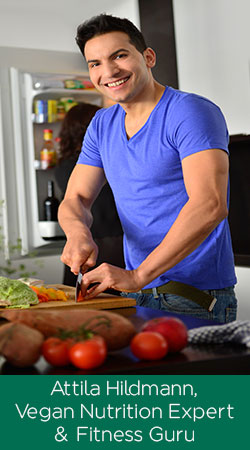 If you practice a healthy, vegetarian or vegan lifestlye and want to spend some time in Germany, make sure to check out google maps and use keywords such as “vegan restaurant,” “falafel,” “imbiss” (meaning “snackbar” in German) to find something to eat. Berlin has become the capital of vegan foods in Europe and Mediterranean restaurants especially offer a lot of vegan foods like tabouleh, falafel, hummus and grape leaves. If you visit the capital, you have to check out Lamanoverde, which is the most renowned vegan restaurant in Germany right now. They offer lots of raw dishes as well.

There are vegan places everywhere but my second home makes it much easier. I love SoCal! All you Los Angeles readers out there remember to appreciate how good you have it. At least that’s what I do everytime I come here.

Attila Hildmann is a 33-year-old self-taught vegan chef and author dedicated to promoting veganism as a means to drastically improve one’s health, to whatever extent each is willing to incorporate it into their diet. A well-known fitness and health figure in Germany, he has revolutionized the second-largest diet book market in the world with his groundbreaking ideologies. Attila’s path to veganism began with his father’s sudden death due to a heart attack, leading him to learn as much as possible about healthy eating and fitness, change his own lifestyle to lose 77 pounds and drastically lower his cholesterol, and share his personal and studied knowledge with the world. Attila has since written several cookbooks including Vegan for Fun, Vegan for Fit and Vegan for Youth to highlight the delicious and creative meals available while maintaining a vegan lifestyle.