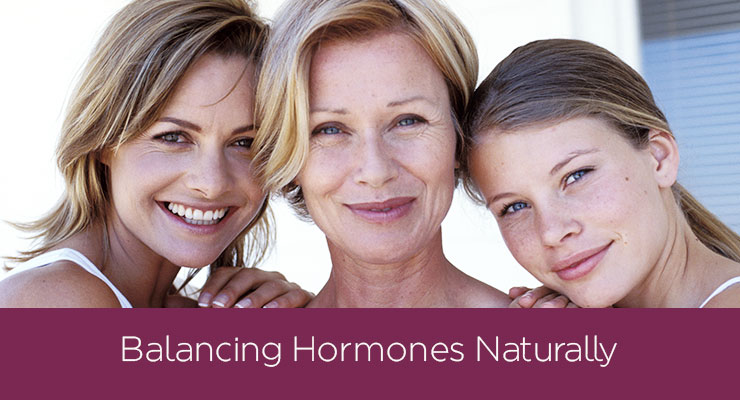 Women have a unique physical journey throughout life, with changes initially manifesting during puberty with the onset of menses, subsequently with pregnancy, motherhood, and later menopause. These stages of the female life cycle require significant physiological and emotional adaptations.

PMS, or pre-menstrual syndrome, is estimated to affect 30-40% of menstruating women. An elevated estrogen to progesterone ratio, elevated prolactin and aldosterone levels, altered liver function, swings in serotonin and endorphin levels, and hypothyroidism have all been associated with symptoms of PMS.

The good news is that dietary and lifestyle habits can make quite a positive impact on common PMS symptoms, which include depression, anxiety, irritability, fatigue, abdominal bloating, breast tenderness, water retention and food cravings.

Vitex agnus-castus (chaste tree) is the longest and best-investigated herbal extract for PMS. European researchers made the first modern product in the 1950s and since that time dozens of human studies have been performed on various extracts of the herb, showing that vitex can reduce symptoms often associated with PMS, especially breast tenderness, menstrual pain, bloating, and mental and emotional symptoms like mild depression, insomnia, and mood swings. The research indicates that vitex works by balancing pituitary hormones which then modulate important sexual hormones often associated with symptoms of PMS such as progesterone and prolactin. Two recent double-blind, placebo-controlled clinical studies of women with symptoms of PMS have been published recently. These showed significant benefits over women taking a placebo for relieving total symptoms of mild to moderate PMS such as pain, water retention, and insomnia.

In one study (He et al, 2009), researchers found that vitex extract administered at 40 mg per day was well-tolerated and reduced symptoms such as pain by almost one-third in 108 women with moderate to severe PMS, over those in a placebo group. In the second study (Ma et al, 2010); vitex extract was given to 31 women with PMS. The researchers found that the vitex was significantly more effective at reducing unpleasant symptoms, especially insomnia and water retention, compared with those in the placebo group.

Menopause is the stage in a woman’s life when the ovaries stop producing eggs and estrogen and progesterone production decreases, causing menstruation to occur less regularly before it ceases completely. For most women, this stage begins between the ages of 45 and 55. Specific symptoms and severity varies from woman to woman.

The most common symptoms include:

Combining healthy diet and lifestyle with appropriate nutrient and botanical support can facilitate and ease these imbalances caused by hormonal fluctuations and life cycle changes, promoting metabolic and hormonal harmony. During the course of my research and in my clinical practice, I have had good success with herbal remedies for premenstrual syndrome and menopause symptoms.

Black cohosh is a phyto-estrogenic herb that has been shown in some studies to reduce many menopause related symptoms, including hot flashes, vaginal dryness, anxiety, and depression. It has been shown in at least one randomized double-blind study to reduce menopausal symptoms.  In the double-blind study, researchers compared black cohosh to estrogen over a 12 week period and found that black cohosh performed better than estrogen or placebo in reducing hot f lashes, night sweats, depression, and increasing vaginal lubrication (Stoll, 1987). It is important to note, however, that black cohosh is for reducing symptoms such as hot flashes and other menopause related symptoms, but it has not been shown to reduce the risk of heart disease or osteoporosis.

Ginkgo biloba can help increase mental clarity and concentration (May, 2009), and circulation to parts of the body such as the feet, with people who have cardiovascular disease and cannot walk very far without pain. Poor circulation can also be a problem for many women.

With over 30 years of experience in the health space and as a licensed herbalist at Rainbow Light, Dr. Hobbs has immense experience in the specialties of vitamins, holistic health medicine, natural products, organic, wellness and diet/weight loss and has worked closely with clients to help them achieve optimal health. Following a “whole, simple and nutritious” diet approach, Dr. Hobbs actively motivates clients