You are here: Home / Archives for Steve Raftopoulos

Steve Raftopoulos is the founder of Klio Tea, LLC. Based in Santa Barbara, Klio Tea is the largest U.S. importer of Greek herbal teas. Steve adheres to the nutritional and health philosophies espoused by Hippocrates. Specifically: “let thy food be thy medicine, and thy medicine be thy food”. 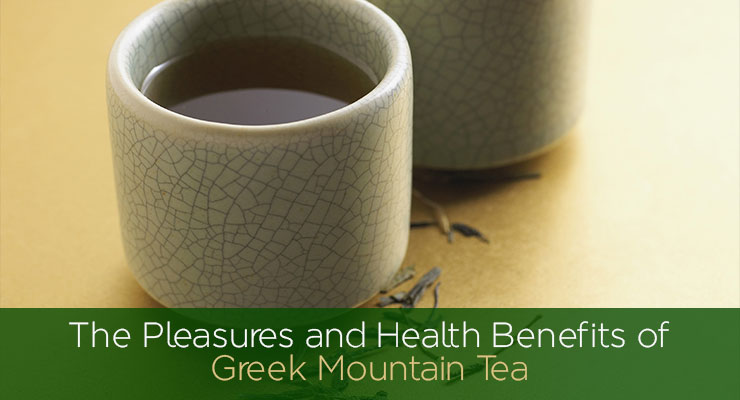 The tiny country of Greece, geographically the size of Louisiana, is blessed with a disproportionate variety of native herbs. By some estimates there are in excess of 8,000 varieties. Their abundance, diversity and quality are perhaps one of Greece’s “best kept” secrets. The ancient Greeks, an enlightened people, recognized the health benefits of these herbs and since the time of antiquity they have featured heavily in the healthy Mediterranean diet, both in culinary form and as herbal teas.

One of the most famous and widely consumed herbal teas in Greece is Greek Mountain Tea (“Tsai Tou VouNou” in Greek and meaning “tea of the mountain”). It is also known as Shepherd’s Tea because the Greek shepherds would brew it while tending to their flocks high in the mountains.  Greek mountain tea is made from a native herb called Sideritis. It is very pleasant tasting, mild, and naturally caffeine free. It is also a potent source of antioxidants and has many healing properties. There are many varieties of Sideritis in Greece, differing typically by region or mountain range.

Sideritis and other aromatic herbs are cultivated and flourish in the wild in the rocky hillsides and mountains at elevations higher than 3,000 feet where they subsist in thin, moisture deficient soils. It is this rather inhospitable environment, to which they have genetically adapted over the millennia, that their distinctive flavor, aroma and potency are attributed; a perfect confluence of geology, elevation, climate, sunshine and adapted plant genetics that uniquely favors herbs.

Hippocrates, the great philosopher and father of modern medicine, praised Greek mountain tea for its positive effect on the immune and respiratory systems. And for thousands of years, Greeks have been drinking this tea for its abundance of health benefits such as a positive effect on colds, respiratory problems, digestion, the immune system and anxiety. More recently, modern science has begun to delve into better understanding the health benefits of Greek mountain tea. And some of the resulting studies indicate that it may have promise in the prevention of osteoporosis, Alzheimer’s and even cancer and as well as a positive effect on a myriad of different ailments including colds, fevers, respiratory problems, digestion problems, and anxiety.

A recent research report by Brunswick Labs, a leading bio-analytical testing lab, noted a range of biological effects such as antioxidant, oxidative stress reduction, antimicrobial, anti-inflammatory and gastro-protective activities1. One study that this report referenced showed that Greek mountain tea is as potent as the highly revered Green tea at inducing cellular antioxidant defenses and preventing oxidative stress2.

An Alzheimers study by a German university, using transgenic AD mice, found that Greek mountain tea extract enhanced their memory skills significantly versus control groups of untreated mice and mice treated with a Gingko biloba extract, which is used as an off-label cognition enhancer in elderly and AD patients3.

Greek mountain tea is brewed using all parts of the herb (flowers, leaves and stems), however, the Sideritis herb does not give up its many benefits easily. It must be briefly boiled as part of the steeping process in order to extract the full flavor and benefits. It is only fitting that such an ancient beverage would be prepared the same way today as it was thousands of years ago by the likes of Socrates and Hippocrates, as they debated the weightier matters of life on the steps of the Parthenon.

Perhaps what makes Greek mountain tea so special is that it is a pleasure to drink, if not slightly addictive. Like anything, aroma and flavor are in the senses of the beholder. It has been described as “redolent of the Greek countryside in the summertime, when the intoxicating scent of wild thyme and oregano fill the air”. For those desiring a more precise synopsis – it has a light, slightly earthy taste, with subtle floral notes and a hint of lemon and mint. It pairs with honey in a way that no other tea does – a duo seemingly intended by Mother Nature.

While the Greeks sip their mountain tea primarily as a hot beverage, it also makes an excellent iced tea during these warmer months. Who needs synthetically infused vitamin water when a natural beverage full of antioxidants, phyto-nutrients and history is at hand?