You are here: Home / Archives for Jamie Hooker 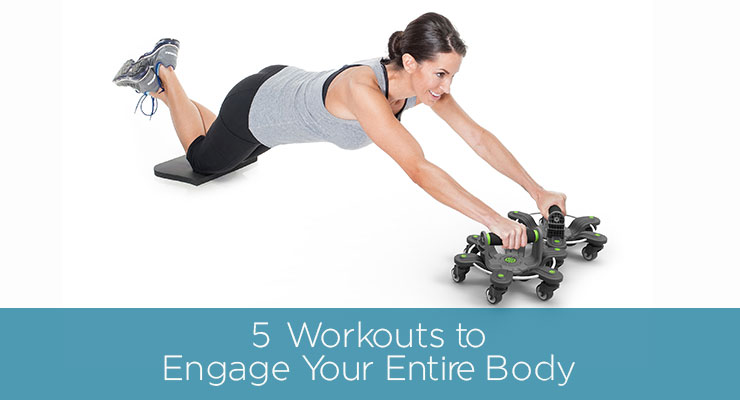 Gone are the days of classic push-ups and crunches, it’s time to work out smarter. Jonathan Smith, creator of The Spyder 360, has developed a revolutionary piece of workout equipment that combines ALL the elements of a home gym into one convenient product.

Sixteen years ago, Smith began a year of physical therapy. Two weeks into his therapy, he had an idea for push up bar that rotates (now known as “Perfect Pushup”). Then he thought, what if they could roll in any direction? This idea was based on a need as well as the time he spent in physical therapy. Smith would have to work out each day for the rest of his life, his doctor said, and he needed something more fun to do besides going to the gym to use two dozen pieces of equipment. 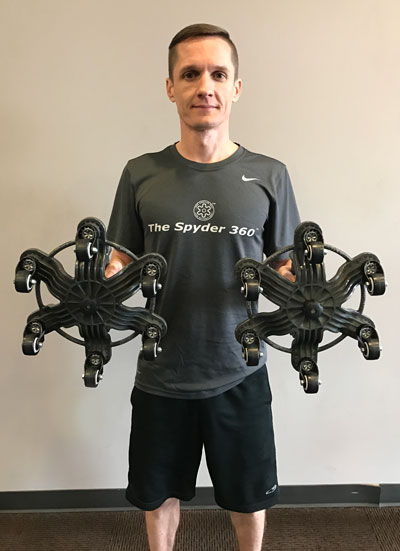 In addition to receiving feedback on his idea from his physical therapists, he had two roommates throughout college who were into athletics, weight training, body building and nutrition. What he learned while listening to them and going to the gym with them validated his idea more and more as he went along.  Fast forward 15 years and you have The Spyder 360, a product that is fun to use and also has importance in physical therapy applications.

The Spyder 360 is also offered with additional equipment to use in tandem to increase the intensity of your workout, depending on the Kickstarter package you choose to purchase. The Spyder 360 Base Assembly can be used on any surface; they will NOT damage wood flooring or leave oil residue on carpet. The Handle Assembly can be removed to allow for easy foot engagement, which then makes lower body exercises more comfortable with the handle out of the way. Resistance Bands attach to the base assembly by clipping onto the Resistance Band Ring from any angle. Wrist and ankle straps give you the ability to anchor the bands to yourself. The level 3 package includes two five-pound weights and two 10-pound weights that can be added to The Spyder 360. No other fitness product in the omni-directional rolling device space allows for this, and none have handles either. The weights have a metal core and a rubber shell, so they’re soft to the touch, won’t damage floors and are comfortable hold.

These capabilities make it so The Spyder 360 translates into resistance training, weight training, strength training and endurance training. The applications reach from the NBA, professional boxing, physical rehabilitation, home use, and circuit training, amongst others.

The possibilities are endless, but here are five specific exercises you can do with The Spyder 360 to get a full body workout.

The Spyder 360 has been used by gym owners, body builders, those in physical rehabilitation, beginners, and experts alike. You could say there’s a love/hate relationship between the equipment and its users in that they love its versatility but surprised at how hard it can make you work.

“I thought it was a single use piece of equipment, but I found out it was truly a total body work out,” said first-time user Janice Vantrease. “After I used it I felt like I worked out muscles I didn’t know I had.”

“Running a Crossfit gym, the key is diversity and changing the pattern so your body doesn’t recognize a rhythm,” said Crossfit gym owner James Hurlburt. “The concept of the product being able to change direction, having multiple uses and facets, was appealing to us because that’s the whole premise of what we do. The Spyder 360 challenges the body in a way that promotes growth and development.”

It’s important to start slow on a soft surface like carpet or astro turf. Since it’s a full-body workout, five to eight minutes is all you need for the first few days. Don’t over-do it on your first, second or even fifth day; you won’t forget it if you do!

Jonathan Smith is the founder of the health and wellness company The Spyder 360 ™ and creator of The Spyder 360™, which is available for purchase on Kickstarter through March 17, 2017 at 40 percent off retail prices. 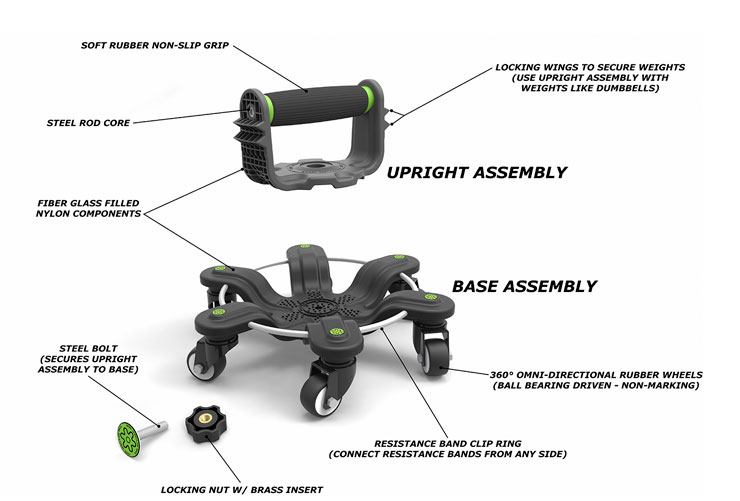 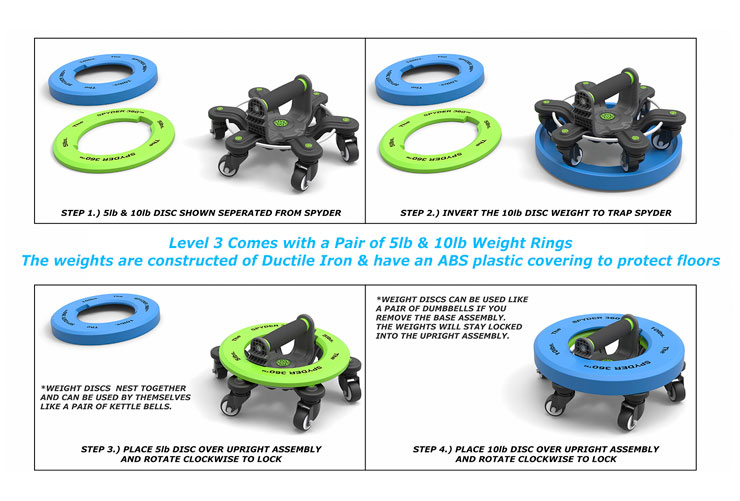 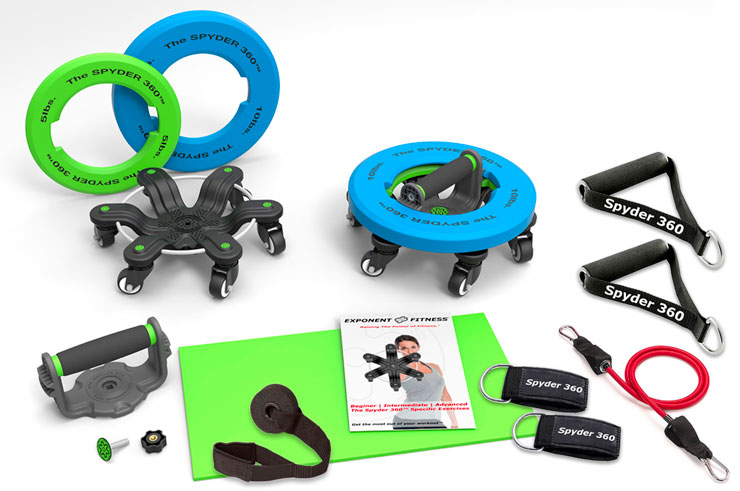