You are here: Home / Archives for Dr. Michael S. Fenster

Dr. Michael S. Fenster is a Board Certified Interventional Cardiologist, Martial Artist and Professional Chef, and he is beacon of light in the dark world of food myths. Better known to his fans as “Dr. Mike”, he's no stranger to the spotlight; whether it’s major TV cooking demos, sharing recipes or writing columns for numerous high end publications, Dr Mike is never one to back down from a challenge. With the release of his new book “The Fallacy of The Calorie: Why The Modern Western Diet is Killing Us and How to Stop It” (Koehler Books) -Dr. Mike is back to help Americans change the way we view food and our diet. Mike’s love of food and medical awareness propelled him to combine these passions, the result is an exceptionally unique and insightful approach to food that seeks to counter the negative and inflammatory effects of the modern Western diet that deadens our taste buds, robs our vitality and increases the risks of cardiovascular disease, obesity, diabetes and a host of other conditions and illnesses that plague our society. 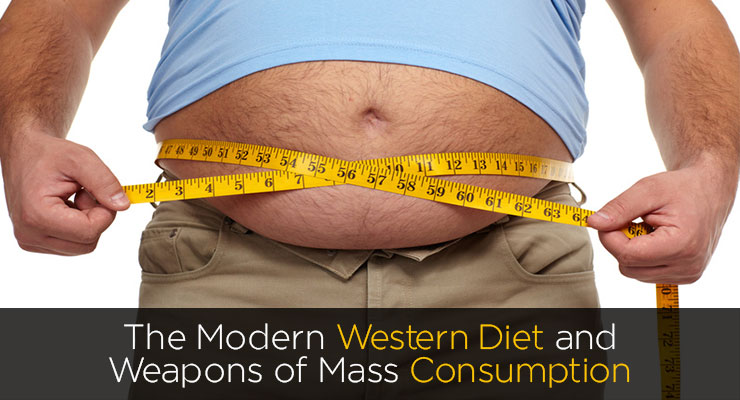 Food and Fitness. For thousands of years the intricate relationship between diet, health and wellness or disability and disease was well appreciated. But with the explosive societal changes and technological innovations of the recent past that relationship has become fuzzier than last week’s leftovers in the back of the fridge. But since the circle of life eventually brings us full circle, today we stand again at the intersection of both. Yet at this crossroads, within this discussion, the devil lies in the details.

Which is why of course, we begin the particulars of the conversation with a brief appetizer on termites. Not to eat-although of course you can-but to highlight one of Nature’s most robust examples on the determinative and developmental properties of diet. Every termite is born pluripotent. Whether that egg becomes a worker or a soldier; a king or a queen, depends entirely upon the food that the larvae are fed.

It is a gob smacking representation that you are – or will be – what you eat. And it begs the question, “What have we become, with our modern Western diet?”

If we look for the answer we find a plethora of cookbooks ranging from the sublime to the silly, and more diet and health books proffering poor solutions and cures than there are entries in the Materia medica. Add in the myriad and often contradictory counsel found on television and in the media and you are left with mountains of information – and misinformation. A Google search on the word “diet” yields over 482,000,000 results. A similar search on the term “health” yields over 3,410,000,000 results. The only consistent finding is that the majority of these are solutions that are offered without ever identifying the problem.

And the first rule of solving a problem is identifying the problem. That problem is: what is the modern Western diet and why is it killing us?

While almost everyone has a general gist of what the term modern Western diet encompasses, defining it can be a bit trickier. It is a bit like what Justice Potter Stewart had to say about pornography: “I may not be able to define it, but I know it when I see it.” Or in this case when we eat it.

To gain perspective and understand the essence of our current construct of comestibles; a simple glance backwards is enlightening. We can look at the history of food, and the corresponding human experience as being punctuated by two major events.

The first was the agricultural revolution. This marvel transformed us from hunter-gatherers dependent upon what we could find to producers in control of our own food sources. For the first time in human history, and unique within the animal kingdom, people were in command of their own food choices. Such an arrangement obviated the need to follow game and trek to the tune of the wild harvest. This in turn gave birth to permanent settlements, villages and eventually cities and the civilizations that arose from them.

But during that time our physiology and our biology has not changed. It remains as it was hundreds of thousands, if not millions of years ago. And those patterns of behavior that allowed us to survive as individuals and as a species became hardwired within us. They persist. However, with the onset of the agricultural revolution they became superfluous.

With the Industrial Revolution and the advent of modern agribusiness and the food industry it became our Achilles’ heel to addiction. It became a vulnerability that opened the door that ushered in so many of the modern disabilities and diseases from which we suffer.

What are these weaknesses?

Salt: According to some experts the need for salt is the origin of all addictive human behaviors. As omnivores (which all our ancestors were) we are hardwired to seek out exogenous sources of salt. Quite simply, because it is necessary for life.

Sugar: Naturally occurring sugars like those found in honey and fruits are a quick source of energy. They are comprised from the simple sugars that fuel our entire body. The ability to seek out and obtain such vital components could spell the difference between existence and extinction.

Fat: Nature’s most concentrated source of energy clocks in at 9 kcal per gram, more than twice that for carbohydrates or proteins. In a Pleistocene world where and when the next meal was an unsure thing; access to fats and the ability to store it for leaner times could determine survival, or not.

The modern food industry has combined these three elements in obscene amounts to satisfy our bliss points and keep us coming back for more and more and more of what we need less and less of. And of course along the way increase their sales and profits; while also yielding a working definition of the modern Western diet: An energy dense, nutrient poor collection of salty, sweet meats and greasy treats.

And along with the fundamental change to our foodstuffs, such industry has made the quantitative assessment of food by the likes of caloric measurement irrelevant. In a day where all chickens were created equal, when every chicken was free range and organic in nature, value could be measured in terms of quantity.

But when the gamut of chicken choices runs from reconstituted and processed nugget like substances to heritage breed, free range and organic breast; quantity becomes much less relevant and important than quality in determining food value. Because of such essential material differences, caloric comparison has become immaterial.

But where is the harm? How is this perfidious potpourri killing us?

Since there is a quantitative limit the amount of food we consume each day, when we consume more of one type of food we generally consume less of another. What we are primarily consuming in the modern Western diet is massive amounts of refined and processed foods built upon layer upon layer of sugar, salt and fat. All at the expense of other necessary and in many cases quite delicious dietary components.

We feel the impact both by direct and indirect effects. The first most obvious direct result is that our diet is completely out of balance. The natural sodium to potassium ratio that exists with less prepackaged and processed food has become totally askew. These highly refined foods, especially ubiquitous sugars and sweeteners have flipped the nutrient and energy balance resulting in a diet that is energy rich but nutrient poor. The amount and types of fats have been altered compared to less prepared alternatives. While our level of carbohydrate consumption remains about what it was at the turn of the twentieth century; we have replaced over 40% of the fiber with refined carbohydrates. The result is that we have become seekers of the next fix; we have lost our ability to taste and appreciate real authentic food. We are the Walking Unfed

The indirect effects, while no less substantial are just beginning to be exposed. It appears that our processed foods may have a huge effect on our gut microbiome; altering it potentially unfavorable ways. Previous studies demonstrate that zero calorie artificial sweeteners indeed have no direct interaction with human cells while passing through the gastrointestinal tract. However, recent evidence has implicated these compounds in changing the quantity and quality of the bacteria that comprise the gut microbiome. Such changes result in effects of inflammatory effects that are associated with the development of such disabilities and diseases as obesity and diabetes. Recent common food additives like the omnipresent emulsifiers polysorbate eighty (P80) and carboxymethylcellulose (CMC) have also been shown to impact the gut microbiome and result in ongoing low level inflammation and in some cases overt colitis.

So now when we return to examine all these so-called solutions we find that they leave us wanting; either for a lasting sustainable diet built on facts, or for simply something that tastes halfway decent. The exclusionary practices proposed will never lead us into epicurean enlightenment. There is no salvation in deprivation. The predominant process of trying to fix our ills by focusing on the quantity and particularly the caloric nature of the food we choose to eat is fundamentally flawed

We must look to the quality of our comestibles as the method to regain the keys, if not for the kingdom, at least to our icebox.